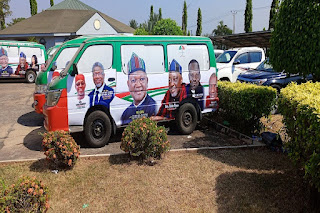 In past   Governor Samuel Ortom of Benue state had threatened not to support Atiku in his presidential campaign.

The Nation reported that over 30 buses without Atiku's photo were unveiled and distributed to PDP campaign coordinators across the 23 Local Government Areas of Benue state.