Frank Edoho Media personality and who wants to be a millionaire host, has reacted to the criticism Labour Party presidential candidate, Peter Obi has faced from some South-East politicians. 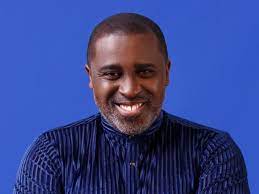 In the tweet he shared, Frank stated that Igbo politicians will never stop baffling him.

He stressed out   that instead of supporting their kinsman who has been presented a rare opportunity to become President of the country like Yoruba and Hausa people do with their candidates, Igbo are looking for ways to disrupt and thwart him.

Igbo politicians will never stop baffling me. You have the rare opportunity of one of your kin being President but instead of supporting and clamoring for him like Yoruba and Hausa people do with their candidates, you look for ways to disrupt and thwart him! Tufia Kwa!