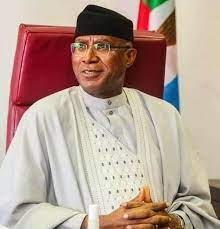 APC, The All Progressives Congress Delta State governorship candidate who said this during his campaign in Asaba, accused former Senate President, Bukola Saraki and his group of masterminding the impeachment proceeding.

“I will never regret my action to shut down the 8th Senate to stop the impeachment of President Buhari.

“Then, I was the de facto chairman of the Electoral Act, and after concluding our report, Saraki and his cohorts decided to change what we passed and sent to the House of Representatives for concurrent consideration just because they wanted to impeach President Buhari.

“So, I protested and stopped them, and the Saraki group said they had suspended me. According to my understanding of the law, they do not have the authority to suspend me.

“Our group called the parliamentary group for support of Buhari in the Senate, then made efforts to stop them, and I showed up unexpectedly and shut down the sitting to stop the impeachment of President Buhari. I’m not regretting the role I played.”