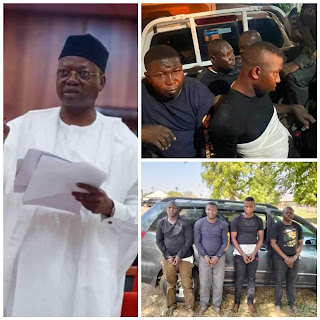 According to  Sun reports, on Saturday night, December 3, 2022, narrowly escaped an assassination attempt by unknown gunmen in Minna, the state capital.

It was gathered that the suspected assailants secured the services of two people, fully armed and in military uniform, who accompanied them to the residence of the senator along the popular old Alheri Clinic road, Tunga area of Minna at about 8:00pm.

The Senator, unknown to them, had proceeded to Abuja after attending the official ceremony for the "Coronation and presentation of Staff of Office" to the 2nd Emir of Kagara, Alhaji Ahmed Garba Gunna (Attahiru 11) which took place at Kagara township stadium, headquarters of Rafi local government area.

The two suspects in military uniform had mounted surveillance at the entrance gate to the senator’s house while the four others in civilian dresses entered the house after identifying to the policemen at the gate that they were from the office of the National Security Adviser (NSA) Abuja on a search mission.

A source told the publication the suspects had told the policemen at the gate that they heard information that there were stockpiled arms and ammunition, including some foreign currencies in the Senator’s house.

They immediately dispossessed the policemen of their mobile phones, attempting to enter the house before luck ran out of them when information got to a close ally of the senator who is the Special Adviser to Governor Sani Bello on political matter, Alhaji Nma Kolo that some armed men had stormed the senator’s house.

On receiving the distress call, the governor’s aid immediately alerted the All Progressive Congress (APC) Governorship Candidate in the state, Alhaji Umar Bago who mobilized and bravely stormed the house that night where the suspects were rounded up.

However, the spokesperson of the state police command, DSP Wasiu Abiodun, who confirmed the incident in a statement on Sunday, said it was not an assassination attempt.

The PPRO said four of the suspects have been arrested for criminal conspiracy and impersonation.

According to him, the suspects claimed that they were mobilised by one Sherrif, a purported whistleblower who was reportedly claiming to be working with a security agency at Abuja.

The suspects further claimed that they heard information that there are stockpiled arms and ammunition, including some foreign currencies in the Senator’s house.

"Niger State Police Command wishes to respond to an online publication which stated that there was an assassination attempt of Senator in Minna, which is untrue and false," the state,ment read.

"The fact of the incident is that on 03/12/2022 at about 1900hrs, based on a distress call received that some strange suspicious persons, driving a Toyota Sienna vehicle with Reg. No. FKJ 814 GP invaded the house of a Senator, located at Tudun-Wada, Minna.

"During interrogation, the suspects claimed that they were mobilised by one Sherrif, a purported whistleblower who was reportedly claiming to be working with a security agency at Abuja but presently at large.

The said Sherrif invited Akano, who is a teacher in a private school at Abuja. He also invited Clarkson, an instructor in a private institute 'INSMO' Abuja, Salisu who is a plumber from Gwagwalada, provided hammer and chisel for house breaking and Babagana Alhaji, with five others presently at large.

"Suspects confessed further that Sherrif stated there are foreign currency and arms kept in the residence of the Politician, hence they travelled from Abuja to Minna for a purported execution of search without any warrant.

Four among the suspects were arrested with the said  Toyota Sienna vehicle, while others took to their heels, on sighting the Police reinforcement teams.

Meanwhile, suspects have been transferred to SCID Minna for discreet investigation and investigation is ongoing with a view to apprehend other members of the gang.

The Commissioner of Police, Niger State Command CP Ogundele J. Ayodeji, psc(+) hereby enjoins members of the public to disregard such report of assassination attempt of a Senator, as the said Politician was not in Minna as at the time of the incident. 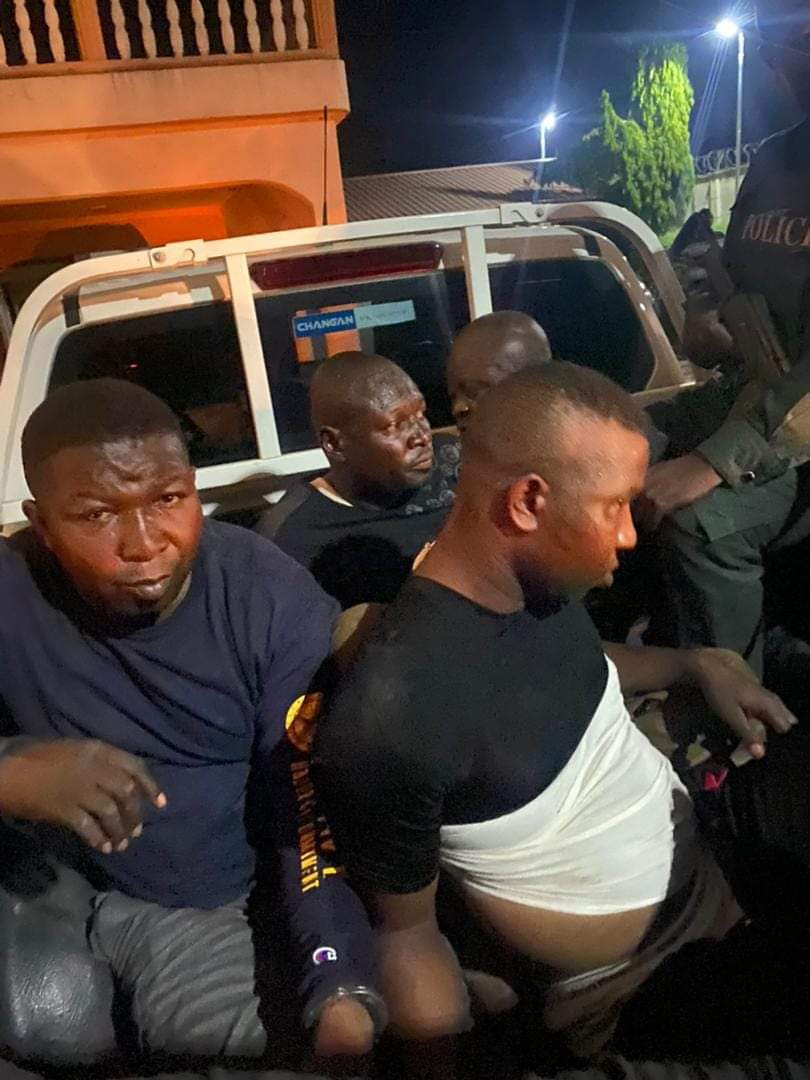 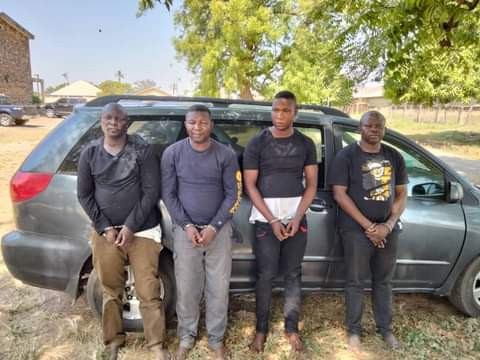 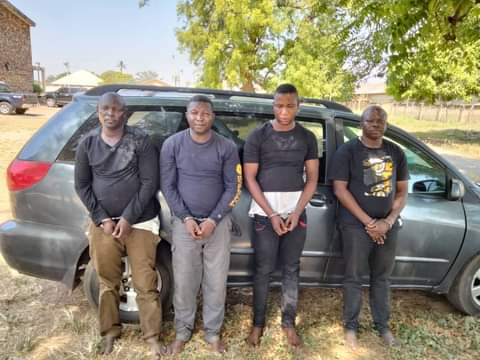